Learn more about Schedule an Appointment

The Negative Health Effects of Vaping

Stop. Vaping. Now. The Scary Facts You Need to Know About Vaping.

The topic of vaping and e-cigarettes has come up quite a bit recently, especially now during Oral Cancer Awareness Month. Vaping has become very common for all ages ranging as young as school age children and as old as seniors. But for those that aren’t familiar with it, what actually is vaping? Vaping is the inhaling of a vapor created by an electronic cigarette (e-cigarette) or other vaping device. E-cigarettes are battery-powered smoking devices. They have cartridges filled with a liquid that usually contains nicotine, flavorings, and chemicals. The liquid is heated into a vapor, which the person inhales. The idea of electronic cigarettes has been around since a patent was granted in the US for such a device in 1930. However, it was not until 2003 that the first commercial device was created in Beijing by a pharmacist.

Vaping has grown tremendously in popularity over the last decade, with many people thinking that it’s a healthy alternative to smoking traditional cigarettes. Companies market vape pens to be fun, colorful, and full of a variety of different appealing flavors. The trend became the most popular with the younger generations, and has unfortunately become a common staple in our society. It’s reported that the common reason for middle and high schoolers is “a friend used them”,  “I am feeling anxious, stressed, or depressed” or “to get a high or buzz from nicotine” .

“What I find most concerning about the rise of vaping is that people who would’ve never smoked otherwise, especially youth, are taking up the habit,”  – Dr. Michael Joseph Blaha, M.D., M.P.H. director of clinical research at the Johns Hopkins Ciccarone Center for the Prevention of Heart Disease 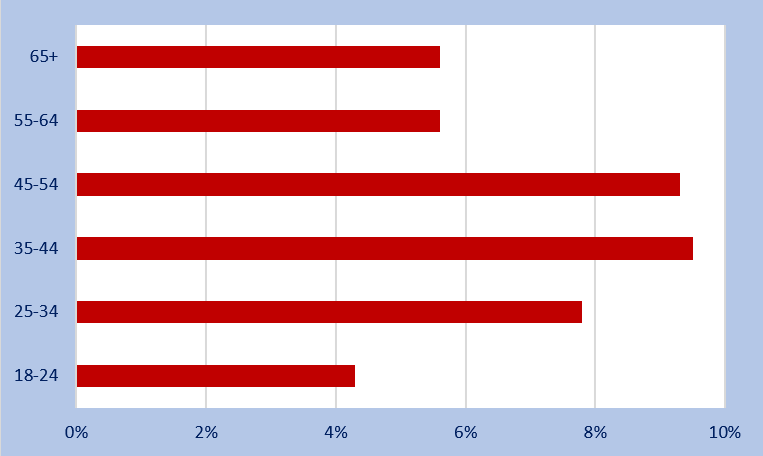 It seems pretty clear that using e-cigarettes, or vaping, is bad for your lungs. But research about exactly how vaping affects the lungs is in the initial stages since it’s still very new to our society. But what we do know, is not good. There are many diseases, illnesses, infections and symptoms that are developing with clear signs pointing to vaping as the cause.

There are many unknown chemicals in e-cigarettes for a few of the ones we do know about, are toxic and should never be inhaled. It’s scary and sickening how companies could be irresponsibly marketing this to our youth as a fun and appealing substance. The known ingredients are:

Can we all just stop and take a minute to really acknowledge that those ingredients above are being inhaled voluntarily by our youth and the general public every day. If the big companies won’t stop promoting them as a “healthy alternative to smoking” then it’s up to the small practices like ours to educate our patients and the community as best as we can.

In addition to the reasons mentioned above as to why people begin to vape, one of the leading reasons is traditional smokers switching to e-cigarettes because they think it’s healthier. Nearly 7 of 10 smokers say they want to stop smoking. Quitting smoking is one of the best things you can do for your health — smoking harms nearly every organ in your body, including your heart. Nearly one-third of deaths from heart disease are the result of smoking and secondhand smoke. But is switching to vaping really that much healthier? The short answer is NO. While traditional cigarettes contain over 7,000 chemicals, e-cigarettes are known to have few ingredients that are often marketed as “healthy” and “natural”. Research from The Johns Hopkins University on vape ingredients published in October 2021 reveals thousands of chemical ingredients in vape products, most of which are not yet identified. Among those that could be identified were several potentially harmful substances, including caffeine, three chemicals never previously found in e-cigarettes, a pesticide and two flavorings linked with possible toxic effects and respiratory irritation. This report proves that the chemicals inhaled while vaping can still be just as harmful as traditional cigarettes.

Both e-cigarettes and regular cigarettes contain nicotine, which research suggests may be as addictive as heroin and cocaine. Because they both contain nicotine they are both considered to be highly addictive. Vaping is known to be used more often throughout the day than cigarettes due to the lack of restrictions. Vaping is usually allowed indoors and in public spaces, which results in people using them more often. Vape users can also buy extra-strength cartridges, which have a higher concentration of nicotine, or increase the e-cigarette’s voltage to get a greater hit of the substance.

Wanting to be the best, healthiest version of yourself is an important reason to avoid or quit vaping. Others reasons include:

Your Health: There are many diseases, illnesses, infections and symptoms that are developing with clear signs pointing to vaping as the cause. Recent studies report serious lung damage in people who vape, and even some deaths.

Addiction: Addiction in the brain, especially a young, growing brain may set up pathways for later addiction to other substances.

Brain Risks: Nicotine affects your brain development. This can make it harder to learn and concentrate. Some of the brain changes are permanent and can affect your mood and ability to control your impulses as an adult.

Use of other Tobacco Products: Studies show that vaping makes it more likely that someone will try other tobacco products, like regular cigarettes, cigars, hookahs, and smokeless tobacco.

Toxins (poisons): The vapor made from e-cigarettes is not made of water. The vapor contains harmful chemicals and very fine particles that are inhaled into the lungs and exhaled into the environment.

Need another reason not to vape? Your oral health is at risk…

The warnings about vaping tend to focus on the potential dangers to the heart and lungs. But an increasing amount of research shows the chemicals in e-cigarettes start to cause damage right where they enter the body…in your mouth. Because e-cigarettes are a recent phenomenon, reports on their impact are really too new. But we are seeing a large amount of evidence that shows a clear link between e-cigarettes and poor oral health.

Nicotine, whether smoked or vaped, restricts blood flow to the gums, which can contribute to periodontal disease. The fluid in e-cigarettes, which can include propylene glycol, benzene, formaldehyde and other chemicals, only increases the risks. 43% of people using e-cigarettes had gum disease and oral infections. That figure was higher among smokers (73%), but was only 28% among people who neither smoked nor vaped. Other issues range from inflammation and tooth cavities to loss of bone that anchors teeth to the jaw, called periodontitis, and oral cancer.

“Periodontal disease is normally an adult disease, and we’re seeing it in younger people. Younger people normally have more saliva than they need, so when they present with dry mouth, periodontal disease or increased complaints of mouth ulcers, our next question is, ‘Do you vape?’ These symptoms are all tied to components in e-cigarettes.” – Dr. Crystal Stinson, assistant professor at Texas A&M College of Dentistry in Dallas

Posted by campimarketing on Apr 25th, 2022 7:02 pm
Filed under Blog, Education, Health, Oral Cancer, Wellness . You can follow any responses to this entry through the RSS 2.0 feed. Both comments and pings are currently closed.